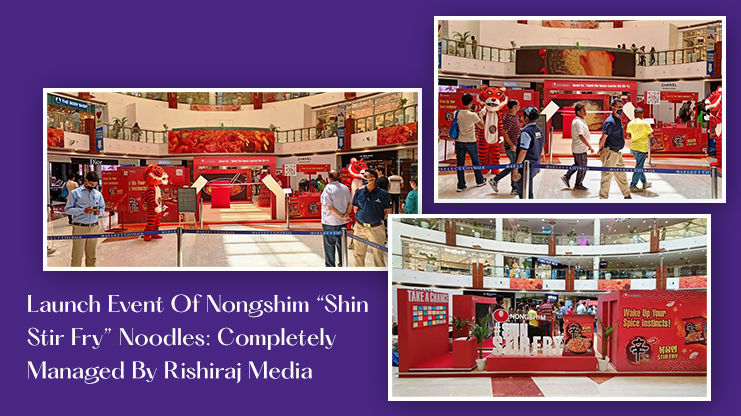 On 6th June 2022, Rishiraj Media launched the Shin Stir Fry Noodles Event in Select City Walk, Saket. Nongshim Shin Ramyun, Korea's No.1 noodle brand was looking to launch its brand-new product "Shin Stir Fry" in India and it chose Rishiraj Media for the job. Rishiraj Media set up a stall and did food sampling through B2C Customers. It also had interactive activities like Spin to Win, Take a Chance and Photo Booth. It employed the best possible strategies to attract consumers. The Shin Stir Fry Noodles is sure to wake up your spice instincts. In the event, a hashtag was promoted to ensure the launch reaches the right people.

Let's look at the key highlights of the event